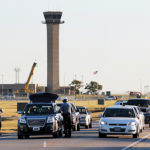 OKLAHOMA CITY (AP) — Oklahoma City police investigators worked to piece together why a man waited to gun down an airline employee outside Will Rogers World Airport on Tuesday in an ambush that forced hundreds of travelers to take shelter and prompted authorities to shut down the state’s busiest airport for hours.

Police later discovered the suspected shooter dead from an apparently self-inflicted gunshot wound inside a pickup truck in a parking garage near where they believe he waited, watching airport employees come and go before shooting and killing Michael Winchester, 52, a Southwest Airlines employee.

“We do believe this was a premeditated act against the victim,” said Oklahoma City Police Capt. Paco Balderrama. “This was not random, and obviously the investigation is ongoing in reference to the other details.” END_OF_DOCUMENT_TOKEN_TO_BE_REPLACED 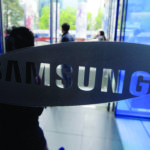 The Department of Homeland Security (DHS) recently issued a set of “Strategic Principles for Securing the Internet of Things (IoT), Version 1.0.” These principles highlight approaches and suggested practices to fortify the security of the IoT and will equip stakeholders to make responsible and risk-based security decisions as they design, manufacture, and use Internet-connected devices and systems. END_OF_DOCUMENT_TOKEN_TO_BE_REPLACED

SAN FRANCISCO (AP) — Yahoo detected evidence that a hacker had broken into its computer network at least 18 months before launching an investigation that discovered personal information had been stolen from about 500 million user accounts.

The timeline outlined in a regulatory filing raises further questions about why it took Yahoo so long to realize the severity of its security breakdown. It also could provide Verizon Communications with reason to revise or terminate its $4.8 billion deal to buy Yahoo’s online services. END_OF_DOCUMENT_TOKEN_TO_BE_REPLACED

Dutch investigative television show Zembla reported that a Europol staffer — in a breach of the agency’s tight security rules — took dossiers home and copied them to a backup drive that was linked to the Internet. END_OF_DOCUMENT_TOKEN_TO_BE_REPLACED

How is the U.S. government preparing for a cyberattack against the electric grid? What can be done to ameliorate the effects of a massive attack? On Friday, March 4, journalist Ted Koppel addressed these questions and many more to InfraGardNCR members gathered at Boeing’s Arlington, Va., auditorium. InfraGardNCR President Kristina Tanasichuk conducted the interview with Koppel, author of the best-selling book Lights Out: A Cyberattack, A Nation Unprepared, Surviving the Aftermath.

There isn’t universal agreement on whether a cyberattack on the electric grid could have a massive impact, since the grid is somewhat decentralized, and there are redundancies. The grid is also designed with some compensatory mechanisms in place. According to Koppel, the disagreement over attack impact has made the issue less urgent to the U.S. government, which he contended is reactive versus proactive, and focuses its efforts on fighting fires in the present. The media is similarly preoccupied with reporting unfolding dramas rather than potential ones, he said, as networks compete fiercely for viewers in the wake of the Internet and digital media explosion. END_OF_DOCUMENT_TOKEN_TO_BE_REPLACED

(AP)- cyberattack that paralyzed the hospital chain MedStar in March is serving as a fresh reminder of vulnerabilities that exist in systems that protect sensitive patient information.

That attack came a month after a Los Angeles hospital paid hackers $17,000 to regain control of its computer system and more than a year after intruders broke into a database containing the records of nearly 80 million people maintained by the health insurer Anthem.

In Anthem’s case, only a single password stood between hackers with a stolen employee ID and a chance to plunder the Blue Cross-Blue Shield carrier’s database, according to a federal lawsuit filed by customers over the breach. END_OF_DOCUMENT_TOKEN_TO_BE_REPLACED

The Problem of Emerging
Diseases

Since the middle of the 20th century both urbanization and agricultural activity has been encroaching on remote wilderness that has had little contact with large human populations. Although this is not unique in history, it has been occurring at both an unprecedented pace and a global scale. The areas that have been impacted the most are among the most rich and diverse incubators of a variety of viruses that the human species has had little contact with. This has led to emerging zoonotic diseases that crash into the population in outbreaks, epidemic and pandemics. With a world interconnected through modern aviation, no point on the planet is more than a day away from direct contact with any other point. This has magnified the problem astoundingly. END_OF_DOCUMENT_TOKEN_TO_BE_REPLACED

ATLANTA (AP) — Visa and MasterCard are using security measures prone to fraud, putting retailers and customers at risk of thieves, The Home Depot Inc. says in a new federal lawsuit.

Atlanta-based Home Depot says new payment cards with so-called “chip” technology, rolled out in the U.S. in recent years, remain less secure than cards used in Europe and elsewhere in the world.

By Luke Ramseth and Bryan Clark

IDAHO FALLS, Idaho (AP) — Phone lines were knocked out. Highways were blocked. What Idaho residents heard on June 5, 1976, over the only reliable form of immediate communication — the radio airwaves — was incomprehensible.

As the world soon learned, the 305-foot-high Teton Dam had broken in half. Its collapse sent a wall of water through the Teton River canyon, north of the town of Newdale in Fremont County. Downstream, with no canyon to contain it, the flood fanned out for miles across the Snake River Plain. The water turned south, gobbling up cattle, cars and homes on its slow march to Idaho Falls and beyond. END_OF_DOCUMENT_TOKEN_TO_BE_REPLACED