As an organization greatly concerned with cybersecurity, InfraGard puts a lot of focus on dealing with hacking and cyber exploitation from outside sources. And rightly so — hackers are a fact of modern life, and cannot be eliminated from the list of threats we face each day. But what about threats that come from inside our businesses, that involve people we may see in our offices every day? People whose positions and access within the company might belie their actual motivations and allegiances, which may have long-term consequences for their employers? END_OF_DOCUMENT_TOKEN_TO_BE_REPLACED 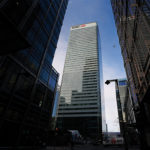 Even prior to the attack on the World Trade Center, white papers authored by scholars, government agencies and private organizations detailed how governments around the world were funding terrorism. Newspaper articles periodically appeared in major U.S. publications detailing money-laundering methodologies and leaders around the world expressed their concerns for money-laundering schemes benefiting terrorist groups. END_OF_DOCUMENT_TOKEN_TO_BE_REPLACED 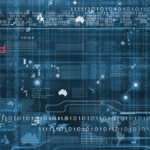 The mission of InfraGard has always been to protect America’s critical infrastructure. Over the years since its founding, the threats facing both tangible and intangible critical infrastructure have multiplied along with the methodologies used to breach the multiple defenses that have been developed. When it comes to cyber threats, the predominant perception of just whom and what we were confronting originally focused upon disgruntled employees and rogue hackers either working alone or in groups, endeavoring to steal, extort or simply create mayhem in cyberspace. After the attacks of 9/11, our vision expanded to include terrorist groups and stateless nations. END_OF_DOCUMENT_TOKEN_TO_BE_REPLACED

It’s so simple, that we often take it for granted. When we turn on the taps in our homes, our businesses, or anywhere, we’re certain that a rush of water
will flow forth, for the purpose we intend. As members of InfraGard, we like to think that we’re mindful of threats to every sector of our critical infrastructure, but water is so essential even to other sectors we aim to protect that we may not prioritize the safety of our water systems as highly as we should.

In fact, the under-prioritization of protecting our water was cited as a chief concern by the National Infrastructure Advisory Council (NIAC) as published in its report on water sector resilience this past June. Water was shown to be inadequately prioritized by public officials and sectors dependent on water for disaster planning, prevention and response, when in fact it’s an absolutely critical sector that needs protection. END_OF_DOCUMENT_TOKEN_TO_BE_REPLACED

The threat of an electromagnetic pulse (EMP) event remains one of the most insidious facing the United States today. The idea that a foreign power — or even a spectacular incident of space weather — could knock out the electrical grid and destabilize our country for an indefinite number of years should be enough to shake us into reprioritizing our national agenda. The fact is, such a potentially cataclysmic event is entirely possible at any time, and as a nation, we are relatively unprepared to prevent it or its consequences. The good news is that over the last year, we’ve finally been making strides toward protecting this most-critical element of our infrastructure. Chuck Manto, InfraGard’s EMP SIG chair, discussed with us the situation and the progress that has been made so far.

Legislative efforts to take action against the vulnerabilities of the power grid have advanced in the past 10 years, including the Grid Act and the Shield Act. But more immediately, the final form of the new National Space Weather Strategy and Action Plan was released to the public in October of last year, an act of great significance. “That’s a White House directive from the office of Science and Technology Policy to a whole series of federal agencies, and a call to the whole of community to do something very unusual that’s not really been done in the last 44 years,” Manto says, “which was to plan on a nationwide collapse of infrastructure that could last over a year.” END_OF_DOCUMENT_TOKEN_TO_BE_REPLACED 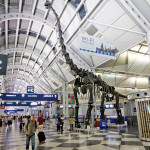 Last January, several news national sources reported that in 2015 the Transportation Security Administration seized 2,653 guns from travelers attempting to board airplanes. The number represented an increase of nearly 20 percent over 2014.

Prior to 9-11, the beefed up security force responsible for making the impressive haul was practically nonexistent, yet it now numbers nearly 51,000 transportation security officers (TSOs), transportation security inspectors, and behavior detection officers who perform baggage, cargo and passenger screenings for explosives and firearms at 450 U.S. airports. END_OF_DOCUMENT_TOKEN_TO_BE_REPLACED 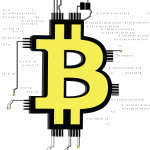 In February of 2015, the south suburban Chicago police department of Midlothian, Illinois was faced with a difficult and embarrassing problem. One of the departments computers had become infected with a form of ransomware that encrypted the files on the computer’s hard drive. The hacker responsible demanded that the department pay $500 to obtain an encryption key to unlock and restore the computer’s files.

END_OF_DOCUMENT_TOKEN_TO_BE_REPLACED 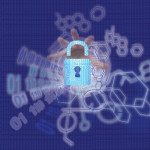 As cyberthreats grow in number and sophistication, so does the need for cybersecurity professionals to become more nimble and proactive in their defense against attacks.
By Andrew Munger END_OF_DOCUMENT_TOKEN_TO_BE_REPLACED 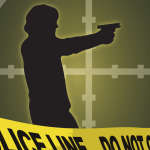 As the trend of school and workplace shootings in this country continues to escalate, what can the security community do to help the public at large identify the next active shooter and prevent him or her from completing the walk down the path to violence?

In September of this past year, the Federal Bureau of Investigation (FBI) released the results of a study examining 160 active shooter incidents that took place between 2000 and 2013. The aim of this study was to provide first responders with information to assist in the preparation and response to such events, in the hopes of saving lives and keeping themselves out of harm’s way as best as possible. An overview of the study’s findings illustrates some of the facts about this trend in violence, but analysis is only part of the puzzle of how to respond to such incidents. END_OF_DOCUMENT_TOKEN_TO_BE_REPLACED